Skip to content
|| Welcome to IJRCS || Submit your Original Research work for Publishing. || Submission deadline till 25th of every month. || Conference, Seminar Proceedings / Special Issue Publications and Book Publication is also available || Thank you for Visiting ||

Performance Appraisal of Employees in TSNPDCL: A study in Warangal Circle

In 21st century in the context of achieve goals of education, value education ha became issue of permanent importance. The crisis of value is pervasive resulting on adverse development in all walks of life. Value crisis is not only a problem at the national level but it is also felt globally. Values are closely related with aims of education. Values are part and parcel of the philosophy. Hence aims of education naturally concerned with values. In the other word, value oriented education is very essential to live in the responsive society.

Since, teacher is the most vital and appropriate person in the entire formal educational setting for inculcating values in young learners and so, from this point of view, it is extremely necessary to ensure that he plays his role as a model of character and good behaviour and as an epitome of those values which the society wishes to inculcate in learners. It needs to be kept in mind that a teacher occupies a position of authority in the eyes of his students and they always tend to follow him. The teacher earns this position not only through his ability to satisfy his students learning needs but also on account of his other personal attributes. Although for a teacher to be effective in his teaching behaviour is considered relevant, yet for acting as a role model and source of inspiration for his students to make them good human beings and men of character, his behaviour as a teacher is all too important. We know that a teacher’s entire behaviour, inside as well as outside the classroom and even outside the school, remains constantly under watch and close scrutiny not only by his students but also by their parents and they all have a very high expectation of his moral behaviour in formal as well as informal settings.

Dalai Lama explains that “when educating the minds of our youth, we must not forget to educate their hearts.” The present paper is an attempt to state the role of teachers in value education in the present education system so that the future generations will nourish high ideals and values to contribute in the development of the society and the role of a teacher in imparting values 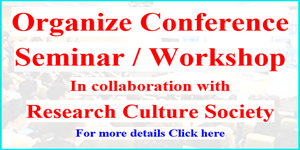